What is Eric's role at Pleasant View Golf Course? 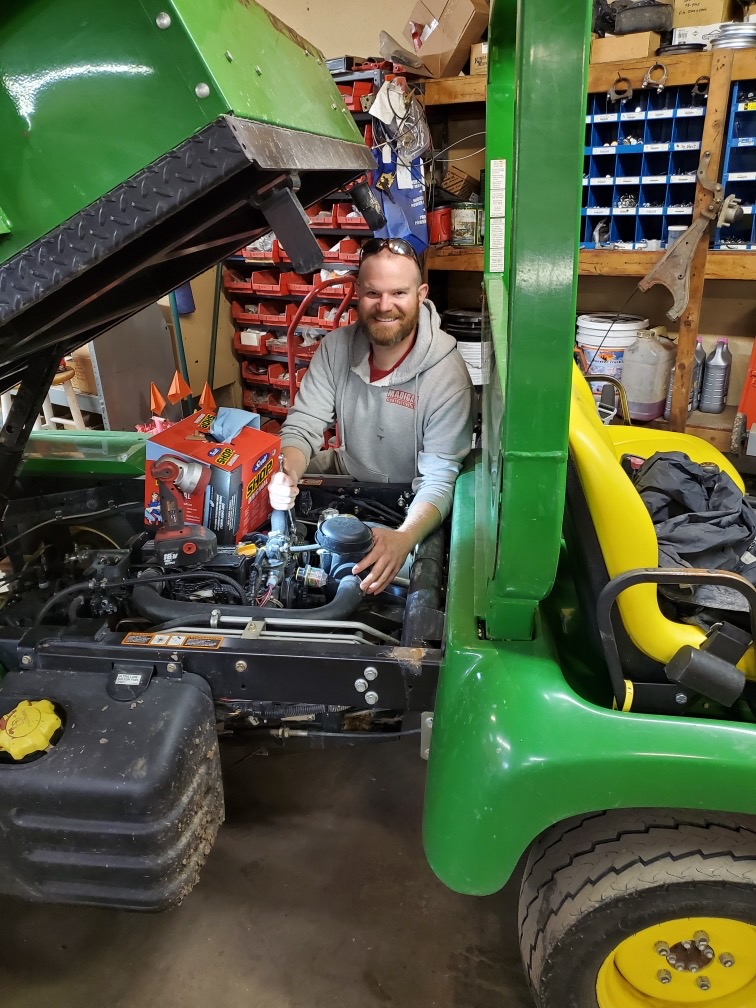 Eric has been our Mechanic and Assistant Golf Course Superintendent since 2015. He has been working at Pleasant View GC since the summer of 2006, when he started as a seasonal Grounds Crew employee. Eric usually arrives to work at 5am each day. He generally starts his day by helping with the morning jobs; such as mowing and rolling. The rest of his day is usually spent working on equipment in the shop or the clubhouse. He also takes part in the training of new staff members and plays a role in the budgeting of equipment upkeep and replacements in the Maintenance Department. He also enjoys working on course improvement projects and is always willing to lend a hand wherever it’s needed.

Eric grew up in Ashton, Wisconsin. He attended Springfield Elementary School, St. Peter’s Catholic School, Glacier Creek Middle School, and then graduated from Middleton High School. Eric grew up in the country, next door to his aunt and uncle’s family farm. From a young age he learned to appreciate hard work. On the farm, he started out by taking care of calves, driving tractors, etc. As a kid, Eric enjoyed playing and biking in the country with his friends and being outdoors.  After graduating from high school, Eric went to further his education at MATC, where he earned an Associates Degree as an Automotive Technician. After receiving his degree, he worked at Middleton Ford for two years; and later at Crown Equipment Corporation, fixing forklifts, as a Field Service Technician for six years. Soon after, he took on a full-time management role in March of 2015.

How did Pleasant View Golf Course come into Eric's life?

During Eric’s senior year of high school, two of his friends suggested that it would be fun to work on the Grounds Crew at Pleasant View GC over the summer. At the time, Eric didn’t know what or where Pleasant View GC was. They all applied together; one of his friends lasted one day, and the other never even started. Eric enjoyed the work right away. He liked that he got to work outside and his existing skillset from growing up on a farm translated over well. He didn’t have any problems arriving to work before the sun came up, something that most people have a hard time adapting to, as he was used to waking up early to do farm chores. Eric worked on and off at Pleasant View GC seasonally, until he was hired in his current role in 2015. 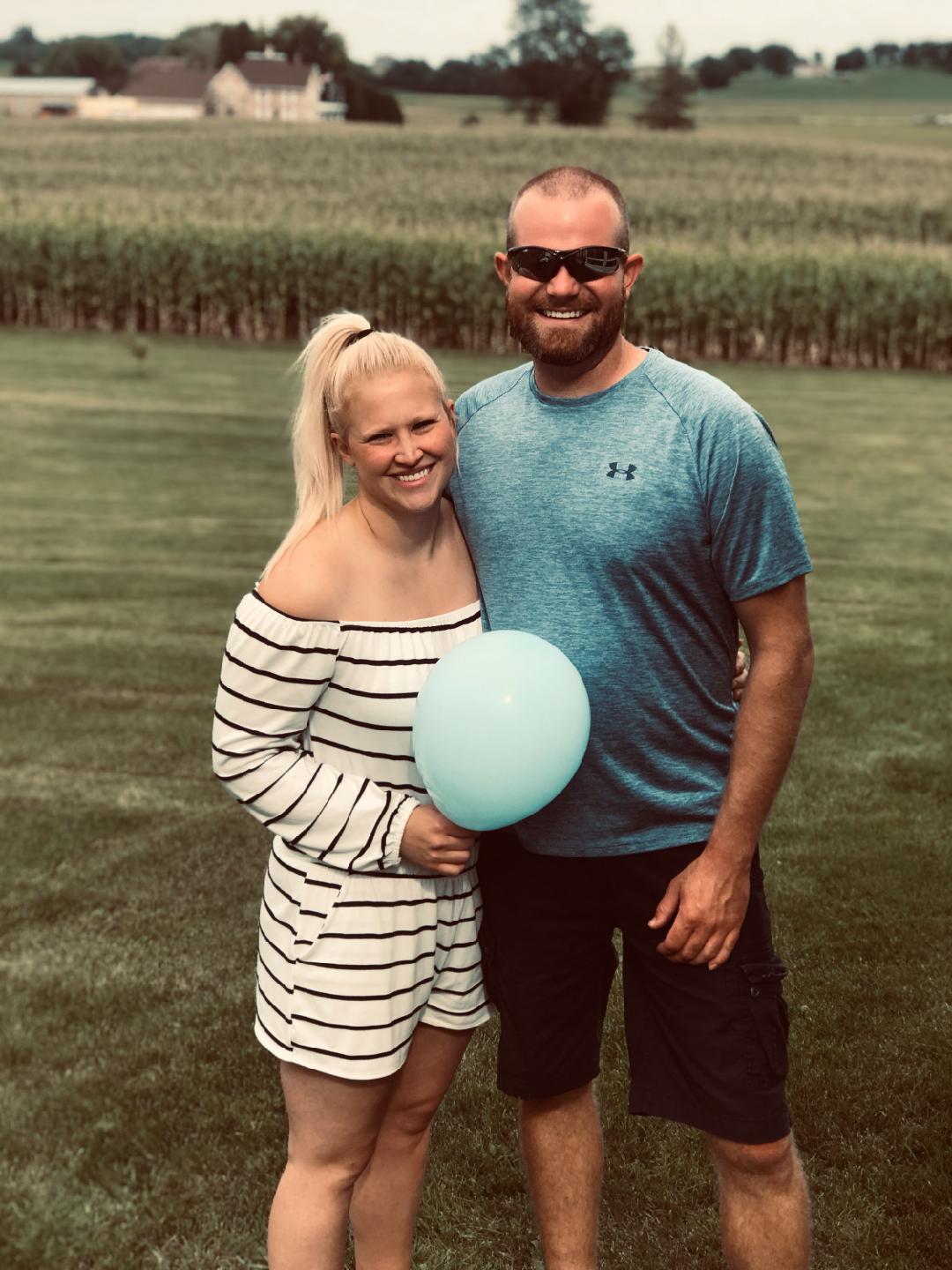 Eric still enjoys helping on his family farm; and restoring old tractors and equipment in his free time. He spends much of his time with his nephew; his wife, Shelbi; and his newborn son, Carter. In the winter time, he has a local snow removal business that he runs. He also enjoys going snowmobiling.

Eric feels that the overall lay of the land and the topography of the golf course is Pleasant View GC’s most unique characteristic. He also relishes in the peace and stillness of the early mornings, while watching the sun come up over the golf course. I’m sure he has seen a lot of great sunrises.

Where does Eric see Pleasant View Golf Course going in the future?

Eric envisions the overall product and experience that Pleasant View GC offers continuing to improve. He predicts certain layouts of the golf course changing to add some excitement, and looks forward to working on any future course improvement projects.

If he could choose three people who have influenced him the most, who would they be and why?

Eric isn’t a golfer, but the three people who have influenced him the most would be: his dad, as he taught him the value of having a good work ethic; his mom, because she taught him to care about everything he does; and Ron Swanson from Parks and Recreation (the TV show), as he bases his life around his “Pyramid of Greatness.” 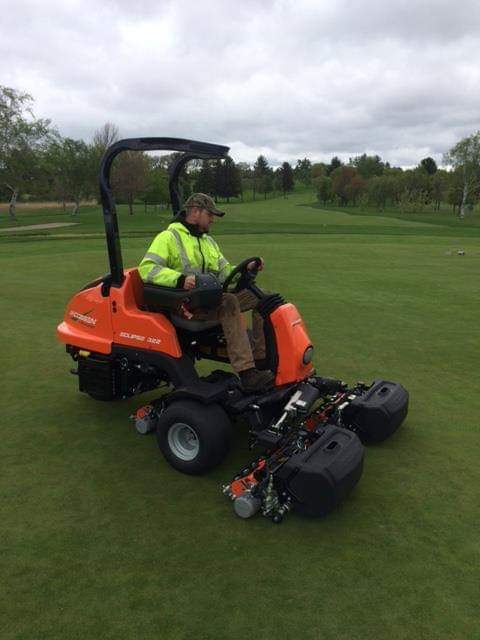 What does the future hold for Eric? What are his aspirations?

Eric would like to stay local and eventually get a place with some land in the country to raise a family on. Eric would also like to take on greater responsibility around the course as opportunities present themselves.

Eric’s favorite project that he’s worked on was putting in the new tee on 9 Woods. It turned out really nice and he’s proud of it. His least favorite project is raking and fixing traps after they wash out in storms.