What is his role at Pleasant View Golf Course? 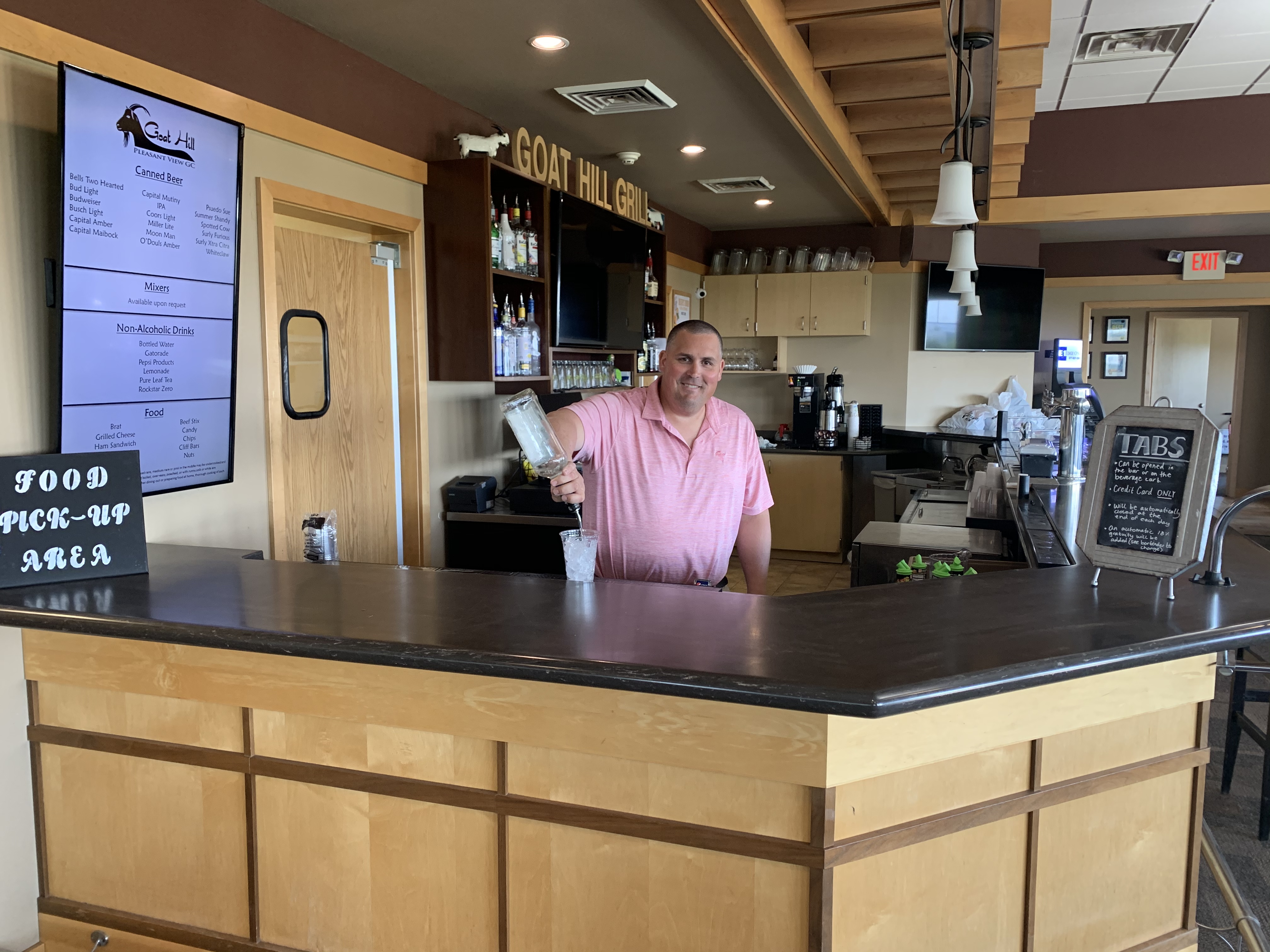 Chris, widely known as “Schwabie,” is our Clubhouse Manager. Schwabie has worked in every department at Pleasant View GC throughout his time with us. He plays a large role in the Food and Beverage Department operations. Schwabie arrives to work each day at 7am and opens up Goat Hill Grill. He takes care of most of the ordering and stocking of all the products in the Food and Beverage Department. Schwabie usually starts his day by taking an inventory and assessing ordering needs. He then meets with sales reps and places orders for the upcoming week. He also plays a large role in the daily food preparation for Goat Hill Grill, as well as the planning for catered events and outings. Schwabie is also responsible for the upkeep and maintenance of the clubhouse and ensuring it is up to safety and fire inspection codes.

What is his background? What did Chris do before Pleasant View Golf Course?

Schwabie grew up in Middleton. He went to Northside Elementary, Kromrey Middle School, and graduated from Middleton High School. Growing up, Schwabie enjoyed playing basketball, golf, and bowling. When he was young, he made up a game that he used to play in his yard where he would hit a baseball on the ground with a baseball bat. His dad noticed his interest and asked Dewey 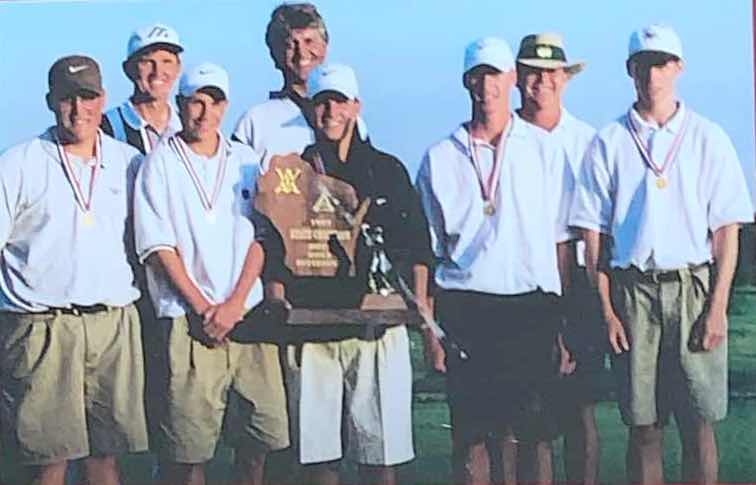 Stendahl for advice. Dewey suggested getting Schwabie involved in golf lessons at Pleasant View GC. In high school, he did well on the golf team, with his team winning the state championship in 1997. After high school he went to Madison College and earned his Associate Degree in Business Management. Through college he had part-time jobs at various local businesses; such as, The Shoe Box, Office Depot, Hilton Garden Inn, etc.. He then worked at PDQ (now Kwik Trip) and has been there part-time for the last nine years.

How did Pleasant View Golf Course come into his life? 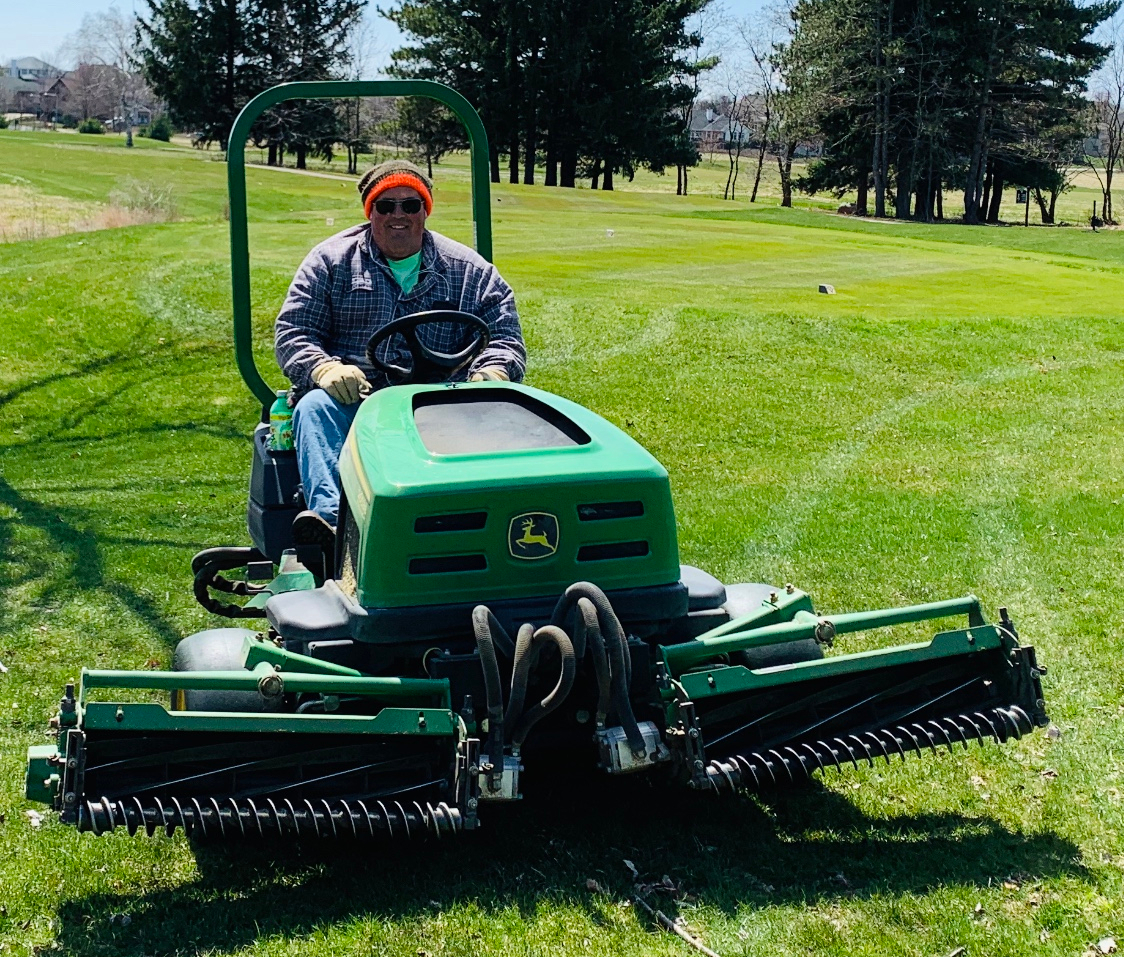 Schwabie is a hard worker who likes to stay busy. He has worked two or more jobs at the same time since he bought a house in 2003. When he is not working at Pleasant View GC or Kwik Trip, he is usually spending time with his family. He enjoys helping his neighbors, working on outdoor projects, cooking and mowing the lawn. In the summertime he likes to take trips to nearby campgrounds, visit family out of state and have bonfires. In the wintertime he enjoys having more free time to relax and spend with his five year-old daughter.

What does Chris feel is Pleasant View Golf Course’s most unique characteristic?

Schwabie has thought all along that the variety of scenic views from the different parts of the course serve as Pleasant View GC’s most unique characteristic. He often looks back and remembers how far Pleasant View GC has come since before the grow-in and all of the improvements. He remembers when the property used to be primarily rural. He enjoys finding bits and pieces of the old Pleasant View around now and then. He says if you look hard enough, you can still see it. 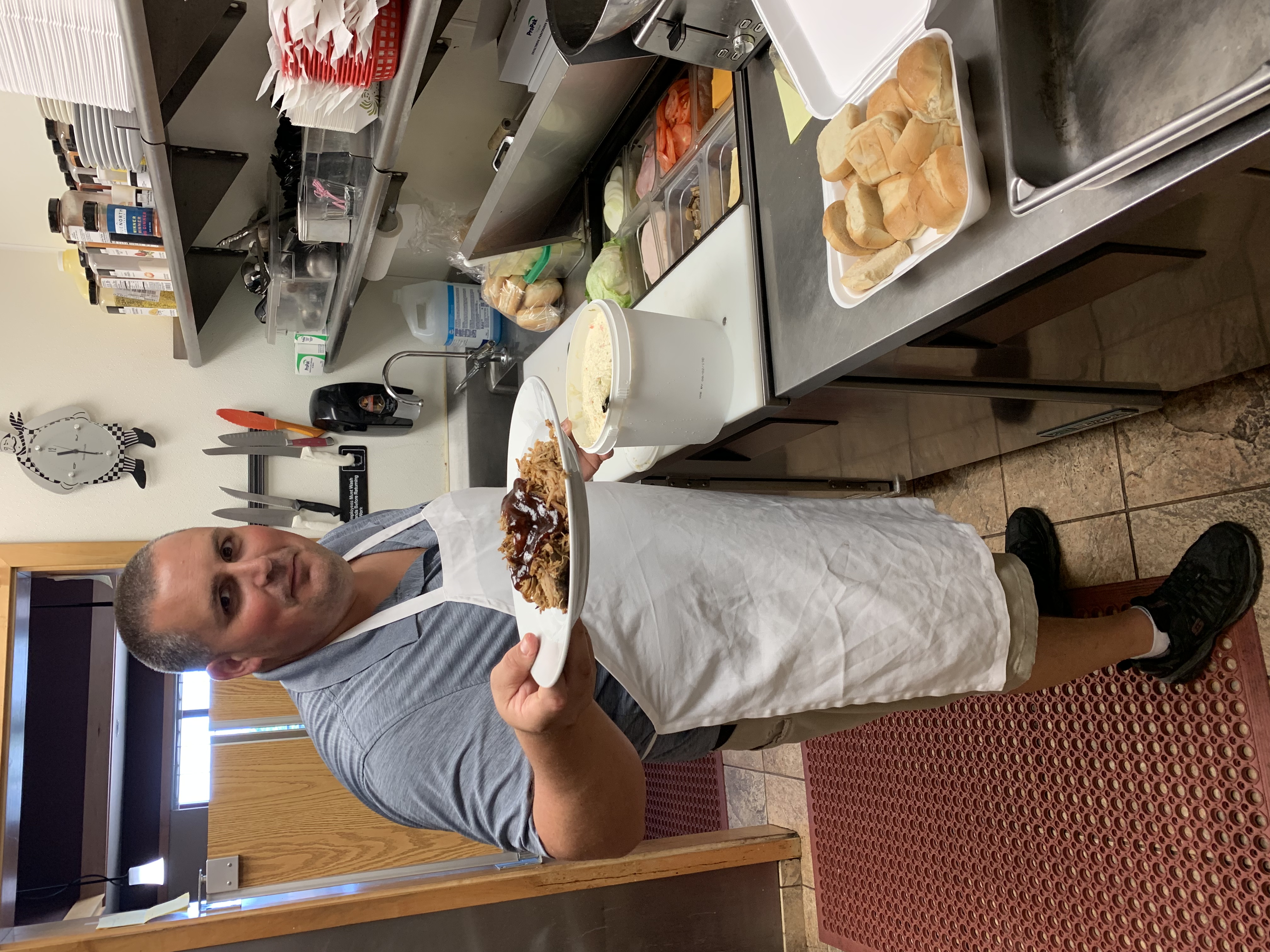 Where does Chris see Pleasant View Golf Course going in the future?

He sees Pleasant View GC continuing to be a social, scenic, affordable, and a challenging multi-use course for all people.

He would first choose Ted Donker, who has been a mentor and coach of his since Schwabie was 13 years old. He remembers fondly the times they used to take Mondays off of work to go play at another golf course.

Dewey Stendahl would also be in his foursome. “Dew was Dew,” he said. "He was good at what he did and took everyone under his wing." From a young age, Schwabie learned a lot from working alongside him with the junior golf program. He feels lucky to have been taken under Dewey’s wing.

Finally, Tiger Woods would be the final influencer in Schwabie’s foursome. Schwabie feels that Tiger revolutionized the game of golf and molded it into what it is today. Tiger’s mentality always inspired Schwabie to get out and play.

What's in his bag?

Schwabie doesn’t golf much anymore, as “his clubs are in his garage collecting dust,” he said. One of these days we’ll get him back out there. He doesn’t talk about it often, but Schwabie used to be quite the golfer. The photo of him and his team taken when MHS boys golf won the state title in 1997 still hangs in the clubhouse today.

Schwabie is often one of the first ones to arrive each day and get things opened up. He comes to work each day equipped with the following: his winter hat and sweatshirt, even in the middle of summer, he 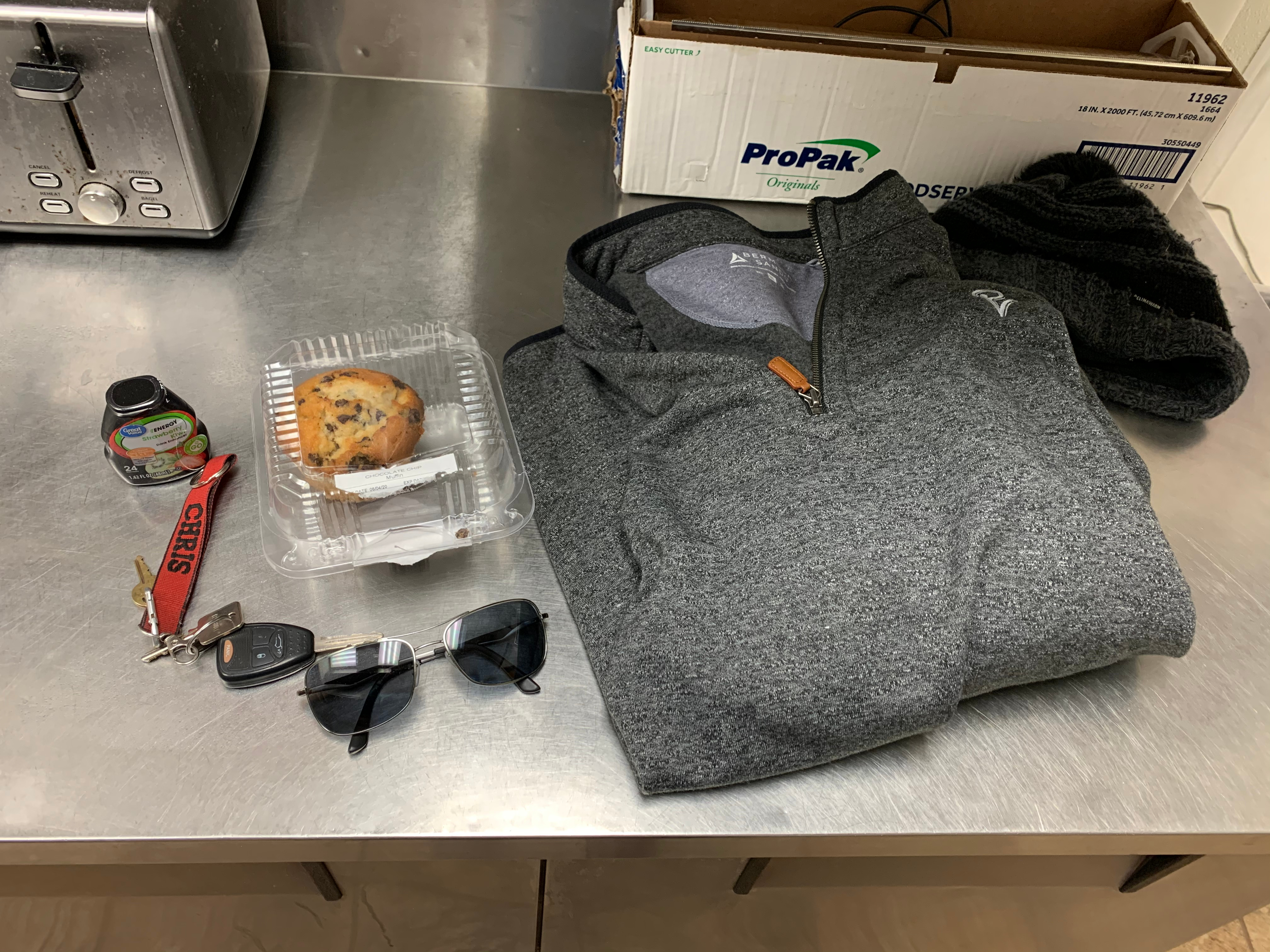 wears it on the cold mornings he spends in the freezer putting orders away; his infamous sunglasses, with which he calls himself “Keanu Reeves” when he wears them; his car keys; a Kwik Trip muffin or two, usually chocolate chip or blueberry; and his strawberry kiwi energy drops.

What does the future hold for Chris? What are his aspirations?

Schwabie plans to retire and slow down. He’s not sure what retirement will look like for him, but he’s looking forward to finding that chapter of his life after how hard he’s worked. He plans to stay local and continue to raise his daughter.

Is there anything that he misses about “old Pleasant View?” What does he not miss?

Schwabie often reminisces about “old Pleasant View.” He remembers fondly old staff members that influenced him throughout his time here. He remembers the “Saturday morning skin games” and the “twilight games” they used to play on the old course. His favorite hole on the old course was hole 8, as he had two eagles on it. 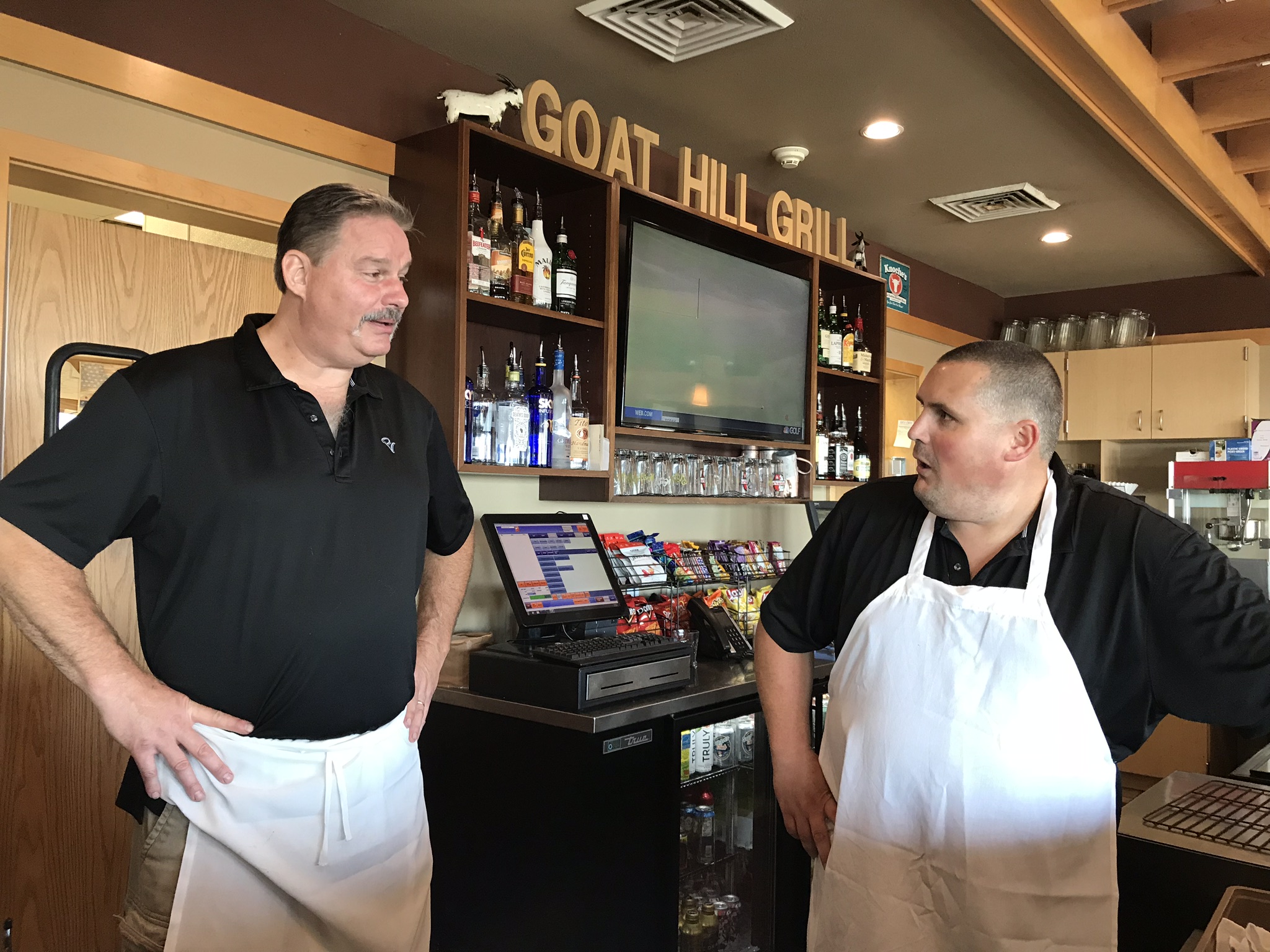 He sometimes misses the old clubhouse and the simplicity of it. He doesn’t miss how the roof always leaked after a rainstorm or the lack of temperature regulation.

Most evidently, “Schwabie,” of course. I have probably only heard him called, “Chris” a handful of times in the entirety of the time I’ve known him. He calls himself, “Luckie,” yes, with that spelling too, and I still to this day don’t know why. The Food and Beverage staff has a handful of nicknames for him, but the crowd favorite is probably “chupacabra,” or “chupes” for short, which is a folkloric monster that eats goats.